NEW YORK -- Roger Federer vigorously denied speculation that he has an undue amount of influence on tournament scheduling due to his status.
The denial follows comments from beaten third-round US Open opponent Daniel Evans, who implied that the top players have more control over when they play than their lesser-ranked peers. 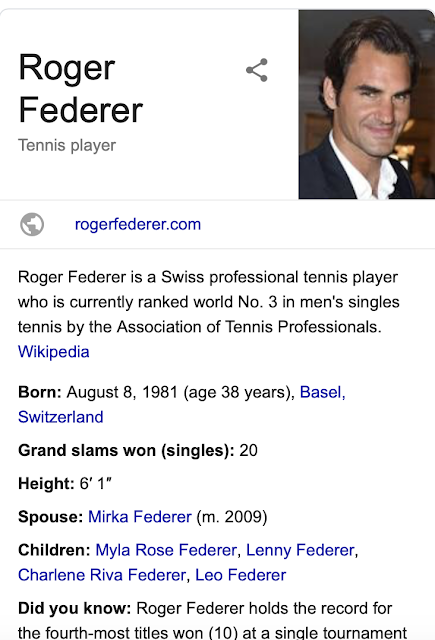 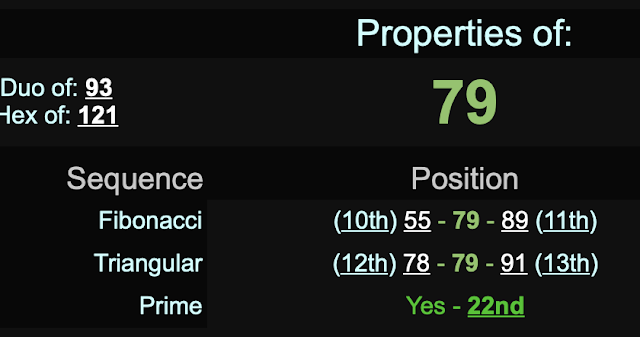 West Palm Beach, Florida (CNN)All of Florida is under a state of emergency and authorities are urging residents to stockpile a week's worth of food and supplies as Hurricane Dorian gathers strength and aims to slam the state as soon as Monday as a Category 4 storm.
"It's going to impact the entirety of Florida, and residents need to be prepared," Acting FEMA Administrator Pete Gaynor said Friday morning on CNN's "New Day." "So, take the time now ... to understand what your local risk is."
FOLLOW LIVE UPDATES
"The clock is ticking right now," he added. "Don't waste time. Prepare yourself and your family."
Deborah Thomas, 69, was doing just that Friday at a Home Depot in West Palm Beach when she broke down in tears with worry over how her dog and her pigs would survive the storm.
"I live in a mobile home, so I stand to be homeless," she told CNN. "But that is not what worries me. I have animals. I can replace my home, but I can't replace my animals."
Dorian, now a Category 2 hurricane with sustained winds of 110 mph -- just one mile per hour shy of Category 3 strength -- is due to slow its forward speed in the coming days, allowing it to gain intensity over warm Caribbean waters and fuel the heavy rains, damaging wind and storm surge it's expected to deliver, CNN meteorologist Derek Van Dam said.
This story out on 8-30..a day with 38 numerology..8+30=38
Florida=38..death=38
Right now its a "category 2"..

this was reported at...

its possibly. gonna be a "category 4" storm 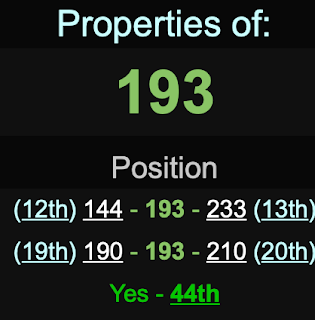 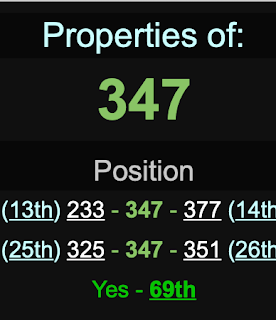 if the hurricane arrives Weds 9/4 that will be perfect for the numbers
Hurricane Dorian=94
"Entirety of Florida"=94
West Palm Beach Florida=94
94 is 47+47
September 4 is the 247th day of the year in the Gregorian calendar. 118 days remain until the end of the year. Wikipedia 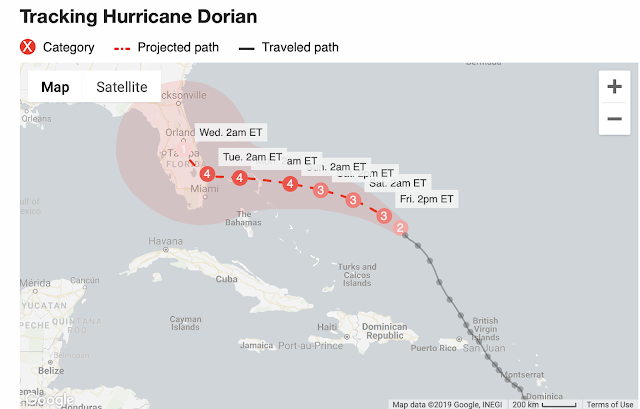 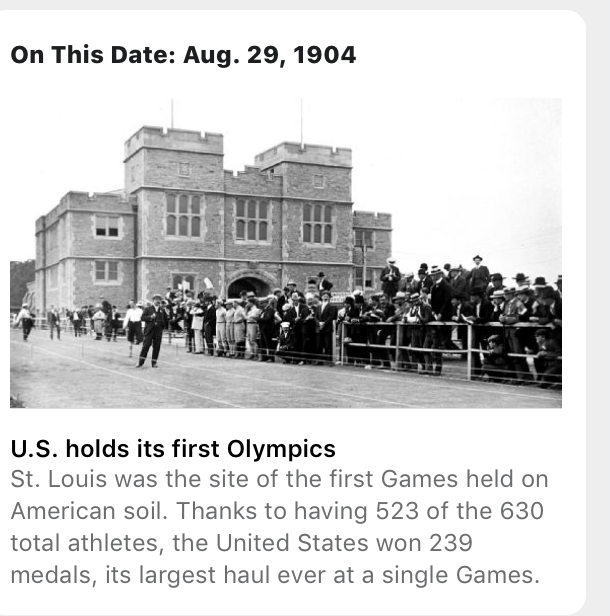 523/99th prime
The 1904 Summer Olympics, officially known as the Games of the III Olympiad, was an international multi-sport eventwhich was celebrated in St. Louis, Missouri, United States from August 29 until September 3, 1904, as part of an extended sports program lasting from July 1 to November 23, 1904, at what is now known as Francis Field on the campus of Washington University in St. Louis. It was the first time that the Olympic Games were held outside Europe.[2]
Tensions caused by the Russo–Japanese War and the difficulty of getting to St. Louis in 1904 may have contributed to the fact that very few top ranked athletes from outside the US and Canada took part in these Games. Only 62 of the 651 athletes who competed came from outside North America, and only 12–15 nations were represented in all. Some events combined the U.S. national championship with the Olympic championship.[3]
The current three-medal (gold, silver and bronze for first, second and third places) format was introduced at the 1904 Olympics.
Posted by The Lion's Den at 11:05 AM No comments:

(CNN) — A spectacular explosion from an Italian volcano Wednesday sent locals and tourists running for cover to avoid a shower of rocks and ash.
The eruption of Stromboli, on a small island off the coast of Sicily, sent a gigantic plume of smoke billowing into the sky.
Firefighters reported that widespread vegetation fires had broken out. Burning material from the explosion fell from the crater and rolled down to the sea, La Repubblica newspaper reported.
Italy's National Institute of Geophysics and Volcanology said the explosion could be classified as a "paroxysmal event" and produced a pyroclastic flow -- a fast-moving mixture of gas, rock and volcanic ash -- of several hundred meters into the sea. It added that the smoke plume reached a height of 2 kilometers (1.2 miles).
Elena Schiera, a 19-year-old from Palermo, Sicily, was on a sailing boat when the volcano erupted. She captured the boat's nail-biting escape from the pyroclastic flow on her phone camera.
"We were sailing at a safe distance as per ordinance, when all of a sudden we heard a loud bang and saw a large black cloud spewing out of the Stromboli crater and pouring into the sea," she told CNN.
"We immediately increased the speed of the boat to the maximum, even though, being a sailboat, the speed was still limited. Then the cloud arrived at sea and began to advance quickly towards us," Schiera said. "At that moment the panic broke out because we had the cloud a few meters away from our stern, but thanks to my father who was at the helm we managed to get away just in time because then the cloud started to rise again." 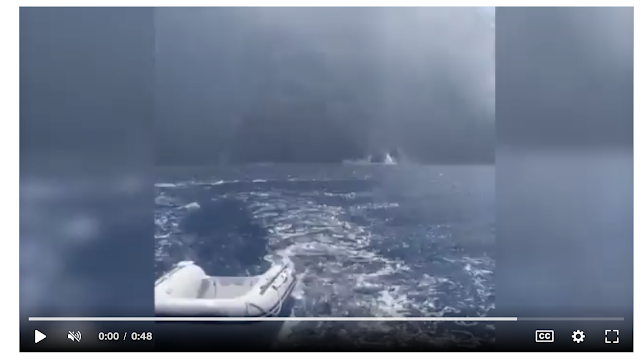 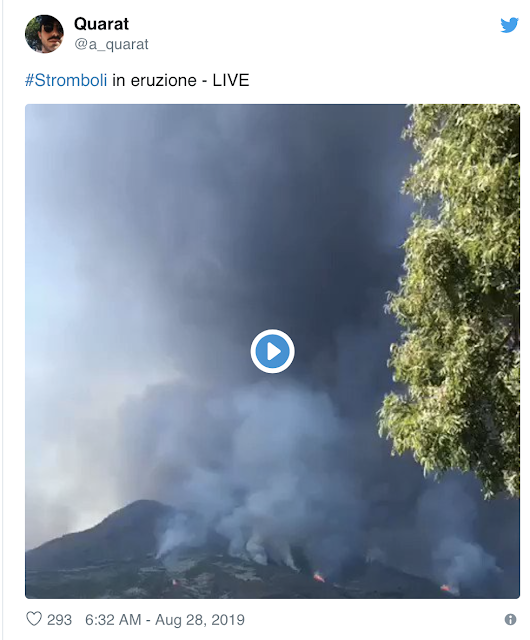 it happened on the 28th

Washington (CNN)President Donald Trump is heavily considering a plan to block $250 million in military assistance to Ukraine, a move that would further ingratiate him to Russian President Vladimir Putin.
Such a decision, which was first reported by Politico, would likely prompt bipartisan uproar from members of Congress who believe US aid is essential to countering Russia's military involvement there.
Multiple sources familiar with the issue tell CNN that the President has floated the idea of halting the funding program for weeks. The White House has recently notified relevant agencies and congressional committees of its intent to block the aid to Ukraine, one source said.
However, that source said that there are still questions about what Trump will ultimately do and US officials are waiting to see where he stands after next week's expected meeting with the Ukrainian President.
another story about 250/25
Trump=25...on theca 29th..Trump=29..President=56 on a day with 56 numerology..8+29+19=56

(CNN) — Archeologists in Peru have uncovered the remains of around 250 children sacrificed by the pre-Columbian Chimú civilization.
The remains are of children aged 4-12 years old, as well as 40 warriors, sacrificed between the 13th and 15th centuries, according to a video from Peruvian state media agency Andina.
The Chimú civilization inhabited northern Peru before they were conquered by the Inca. They built Chan Chan, the largest city in pre-Columbian South America.
Archeologists say the children were sacrificed to the Chimú gods in an attempt to end natural disasters linked with the El Niño phenomenon. 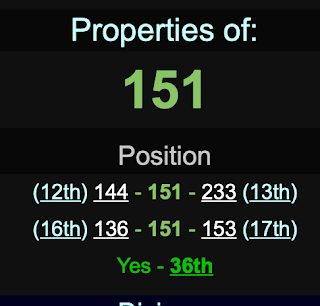 Auto-manufacturing giant Toyota announced it’s recalling 191,000 cars in the United States and Japan to fix defective Takata-brand airbags that may not work properly in a crash. A Toyota Motor North America representative told FOX Business that certain 2003 to 2008 Corolla models, and 2005 to 2008 Matrix models, were affected by the flaw.
“The involved vehicles are equipped with a front passenger airbag assembly containing an inflator ... installed as a replacement under a prior recall,” the spokesperson said. “There is a possibility that the airbag may not unfold as designed under high-temperature conditions, resulting in airbag internal pressure rising differently than expected.”
8-28- 2019=36,55,75,30,48..Toyota=30..Airbags=30..
"japan" =
30
(Reverse Full Reduction)
240th day 240/24..Toyota=24 recall=24
Recalling 191,000 cars in United states and Japan..that are defective.191/43rd prime number
"defective" =
43
(Full Reduction)
united states" =
167
(Reverse Ordinal)
167/39th prime...
"japan" =
93
(Reverse Ordinal)

HE'D REHEARSED THIS moment in his mind thousands of times.
Pop off the bench like you're sitting on a spring. Tear off your warm-ups, toss them aside and trot to the scorer's table. Lean against it? Sit on the floor? Kneel?
Pull the strings on your shorts tight and tuck in your jersey. Adjust your headband and make sure your shoes are tied tight. Not that tight.
Listen for your name echoing through the speakers, hoping the announcer says it correctly.
Checking in for the Clippers, JamesOn Curry.
Savor the moment. Look around the arena, and in this one, see the numbers hanging from the rafters. Maybe dream about yours hanging somewhere someday. Take a deep breath, snap back to the present and call out your assignment. Take your spot on the floor, wait for the whistle to blow, and officially begin your NBA career. Three-point-nine seconds are left on the clock.
You made it. You fulfilled a promise to yourself and your family. You are playing in the NBA.
INSIDE BOSTON'S TD GARDEN, the Los Angeles Clippers had just witnessed a one-point halftime lead transform into a five-point third-quarter deficit.
It is Jan. 25, 2010, and, headlined by Baron Davis, Marcus Camby and Chris Kaman, the Clippers are 20-23, four games out of the Western Conference's No. 8 seed. DeAndre Jordan is in his second year. They're one year away from Blake Griffin's debut, two years away from Lob City.
The Celtics are 28-13 and the juggernaut of the Eastern Conference -- led by Rajon Rondo, Ray Allen, Paul Pierce and Kevin Garnett -- that would go on to lose in seven games to Kobe Bryant and the Los Angeles Lakers in the NBA Finals.
Rondo draws a foul with 3.9 seconds remaining in the third quarter when Clippers head coach Mike Dunleavy yells from his perch on the sideline.
more at https://www.espn.com/nba/story/_/id/27433858/gone-39-seconds-where-basketball-took-jameson-curry
"You know, if you think about it, I'm probably the highest paid player per second in NBA history."JamesOn Curry

JamesOn Curry is an American professional basketball player. He played for Oklahoma State University from 2004 to 2007, and after forgoing his senior season, left for the 2007 NBA draft. He was selected in the second round, and 51st overall by the Chicago Bulls.Wikipedia
Born: January 7, 1986 (age 33 years), Pleasant Grove, NC
Height: 6′ 3″
Weight: 190 lbs
School: Oklahoma State University